During Dine Out 2020, I made a stop at The Shoestring Cafe in east Richmond for Saturday 5:30 seating.

The restaurant (actually more like a French bistro) is located in a light industrial area along Number 6 road and Maycrest way.

We arrived just before our reservation time, and it was a near full house.  The server promptly seated us at a banquette along the wall.

The restaurant’s regular menu is an eclectic mix including some fusiony dishes.

The dineout menu conveyed a refined edge with French influence.

For an appetizer, I chose the corn and seafood chowder

This was a creamy corn chowder with fish and shellfish, served with a toasted slice of garlicky baguette.  This was a pretty good chowder.  There was kernels of fresh corn, cubes of potatoes, and diced onions, celery and carrots, along with some seared scallops and tiger prawns.  It was a nice creamy soup, but it probably could have used a little more salt.

And the grilled chipotle marinated lobster tail and corn cake

For my main, I requested the grilled miso glazed alaskan black cod

This was a filet of black cod, marinated in white miso, and pan seared.  It was served with green beans, carrot puree, corn on the cob, and mashed potatoes.  The fish was topped with hollandaise sauce.  This was a beautifully prepared, tender, moist with a lightly crisp skin on the bottom.  The vegetable sides were well executed and properly seasoned, with the green beans having a tender but still toothsome bite.  The mashed potatoes were creamy and fluffy.  I liked the rich creamy lemony hollandaise sauce.

The menu called for a blackened steak, but my companion, not being a spice fan, asked if the kitchen could hold back on the spices, so they offered it seared with a demi glace sauce over top.

For dessert, my dinner companions ordered the chocolate souffle with vanilla ice cream 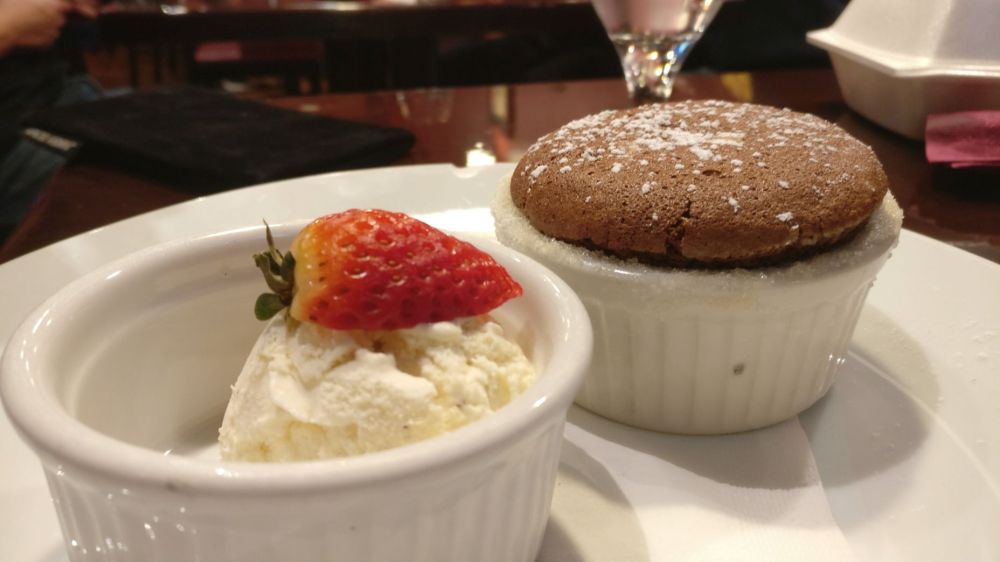 and the mango blueberry panna cotta

My dessert was the orange flan 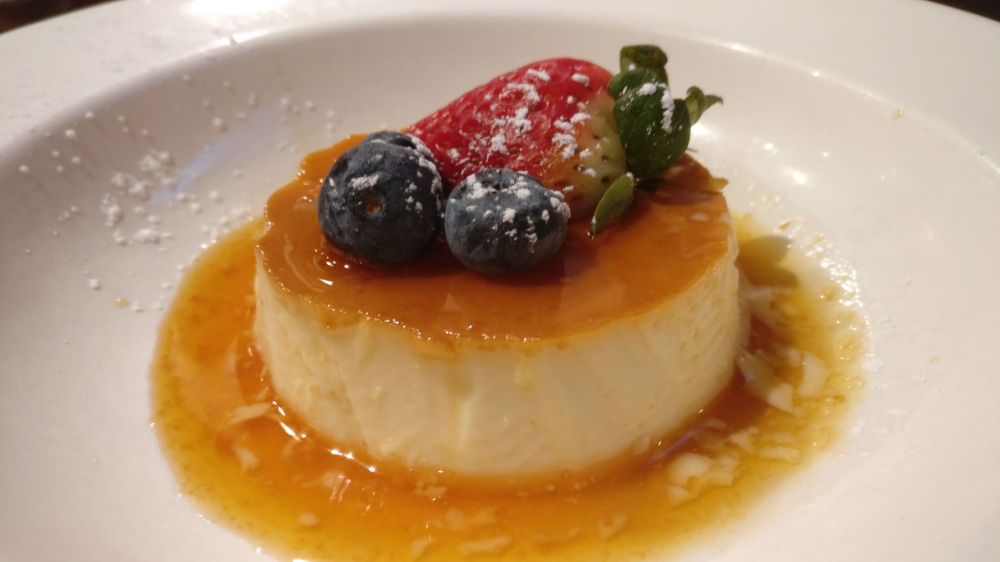 This is a baked egg custard, with a thin caramel base, topped with triple sec, and berries.  This was a well executed flan.  It was sweet, and smooth and creamy, with a fruity hint from the triple sec and the fresh berries.

The dining room was small (seating perhaps 30) and compact. 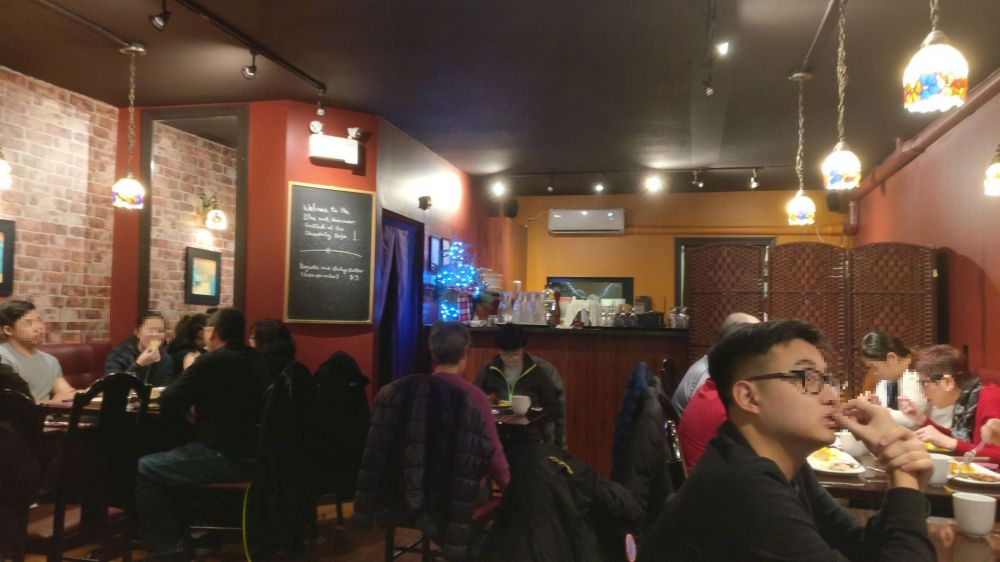 The décor was mostly functional and decidedly casual, rather than stylish or elegant.

The service was prompt and courteous, without being intrusive.