On a cool October Sunday, we went downtown for lunch/brunch at the Fanny Bay Oyster Bar & Shellfish market on Cambie street, just south-west of the CBC studios.

It’s the same company that farms oysters in Baynes Sound on Vancouver Island, and a seafood market near the Buckley Bay Ferry Terminal.  This location is both a retail front and a restaurant, along the lines of Rob Clark’s Fish Counter on Main Street. Although, Fanny Bay Oyster Bar has seating and table service (where as Fish Counter is a take out operation).

We arrived just after noon on Sunday.  We had reservations, but they we’re necessary on this day, it was pretty quiet.

Being a weekend, the brunch menu was at the top of my list.

But the regular menu was available as well.

We started with the Baby Kale Caesar off the regular menu.

This is kale and arugula, tossed with a very light caesar dressing, and served with warm seared lardons, crostini, and shavings of parmesan cheese.  This was a pretty good caesar salad.  The greens were crisp and fresh.  The bacon chunks were warm, salty, and crisp on the edges.  The dressing was savory and tart, and the crostini were light and crisp.  The shavings of parmesan added some more salty nuttiness.

My dining companion ordered the Smoked Oyster Skillet for an entree. 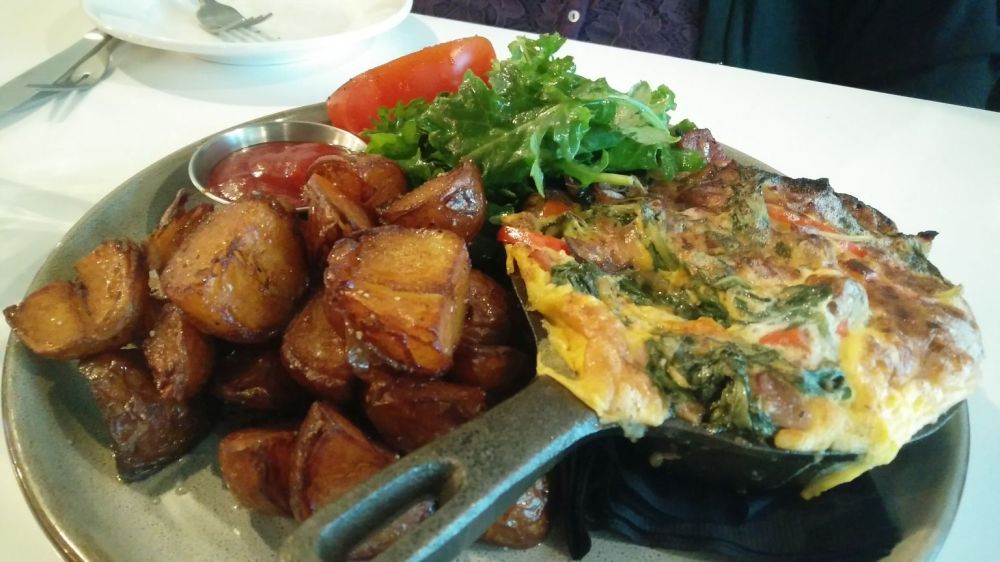 This is a skillet omelette of eggs, bacon, peppers and smoked oysters, served with hash browns, a small kale salad, and grilled tomatoes.

My entree was the Kentucky Fried Oysters and Waffles

This is two waffles topped with deep fried oysters, drizzled with maple syrup, and a chili butter, served with fresh black berries.  The waffle was okay.  It was more tender and crisp on the edges, but the taste was lightly sweet.  The fried oysters were terrific.  They were crisp on the edges, and spicy and savory. The oysters themselves were fresh and briny.  The spicy butter was almost unnoticeable; it was masked by the spiciness of the oysters, and the sweetness of the maple syrup drizzle.  The fresh blackberries provided a little hit of tartness. 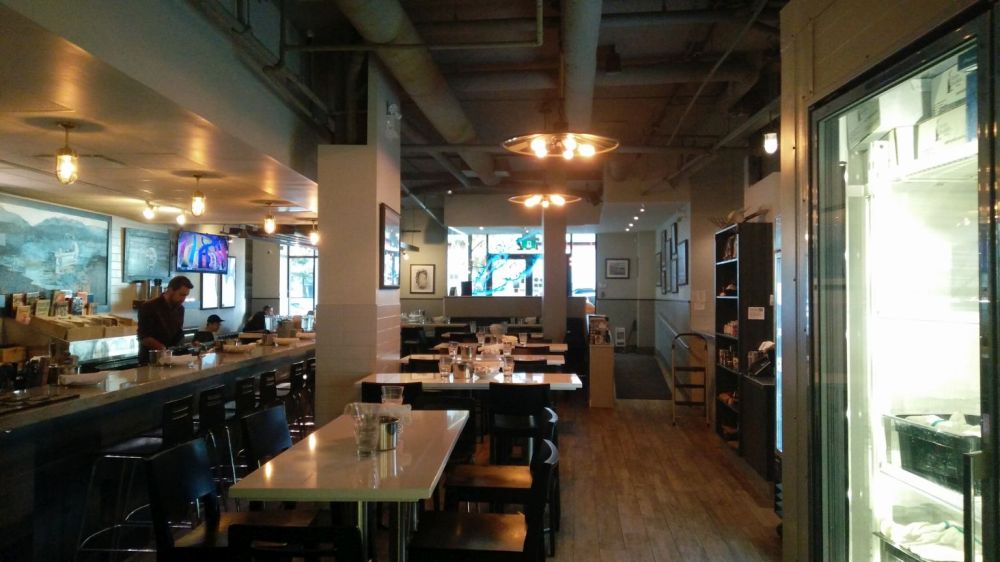 The room has the familiar Yaletown industrial-modern aesthetic.  It’s clean and spacious.

Our server was cheerful and attentive.

I’m inclined to return, I want to try some of their regular lunch menu offerings.